Majolica Continues to Reinvent Itself 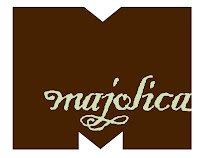 Giving the people what they want: Majolica Morphs Into Multifaceted, Moveable Feast!

November 11, 2009 – PHOENIXVILLE, PA: Not long ago, rumors of Majolica's demise had foodies from Philly to Phoenixville fretting. The beloved BYOB– a stand out on a street infamous for its selection of bars and bar food– closed for several weeks earlier this year only to reopen again. When the husband and wife team of Andrew Deery and Sarah Johnson elected to take a hiatus to reorganize many fans feared the worst.

"We closed during the apex of the recession," says Chef Andrew Deery whose name has become synonymous with creative cuisine in Chester County, Pennsylvania and beyond. "We changed the menu, the decor, the approach, all behind blacked-out windows so, I suppose, there was a bit of suspense."

When Majolica reopened– with lower prices and a new look– they were embraced by new and loyal customers alike.

"We listened to our audience, retooled and made Majolica the way that more people wanted it to be," adds Sarah Johnson, who runs the front of the house and started Majolica with Deery in 2005. "It was still all Andrew and still amazing meals and great experiences."

As the holidays approach, and Majolica becomes booked for more and more private parties, the people are speaking again and Deery and Johnson are listening.

Positive changes, dominated by popular cooking demos, monthly specialty dinners and catering events have the couple, once again, enhancing the restaurant– but this time without the air of mystery.

"We started offering cooking demos last month and they sold out instantly," says Deery who contributes his experience to groups of fifteen during the Tuesday night gatherings. "They were so popular that we doubled them up so we didn't have to turn anyone away."

The demos– Deery prefers not to call them classes– are informal BYOB affairs that include delicious tasting portions. Even the first demo, knife sharpening, had blog posters raving about the appetizers.

Additionally, this month featured the first Majolica specialty dinner– a collaboration with Jack's Farm in Pottstown, Pennsylvania. The multi-course meal featured fresh local produce carefully and creatively prepared by Deery as well as communal seating, a new format that Deery believes was effective.

"People really open up when they're trying new things and they become open to meeting new people and having new discussions about organic and local and all kinds of topics," he says. "It became about much more than the food."

In fact, the Jack's Farm dinner was so successful that Majolica is attempting to schedule more in partnership with other providers including local dairies, breweries and wineries.

This month also included Majolica's most ambitious catering event to date. A private corporate affair, the Majolica team prepared and served a customized menu all on location and it was very well received.

"Catering is not something we have aggressively promoted," offers Deery, "but when a long-time, much-loved customer requests something special, we oblige." The event worked out so well that Deery and his one-of-a-kind restaurant made Majolica on location a part of their enhanced platform.

Indeed, the last few months at Phoenixville's Majolica have witnessed plenty of positive changes including the popular cooking demos, specialty dinners and custom catering events. But how can the chef and his team tackle all of that and continue to operate the busy restaurant?

"Wednesdays have always been hit or miss," adds Deery who generally uses Monday and Tuesday to prep for the week and to spend time with his wife and nearly two-year-old daughter Lila Jane. "In season, Wednesdays evenings can be favorable but when times are slow Wednesdays can be dead."

So, Wednesday dinner service at Majolica will be relinquished in lieu of preparing for demos, special collaborative dinners and catering opportunities. Majolica will continue to give the people what they want– even more so– and this time they didn't have to close up to do it!