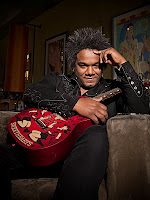 “Live In Europe”, the new CD from Jeffrey Gaines, was recorded during his 25-city tour of Europe with Joe Jackson in the autumn of 2010. The CD features Gaines’ classics and fan favorites, including the hit ballad “Beyond the Beginning” and the powerful anthem “Headmasters of Mine.” Gaines’ fans have long asked for a solo-acoustic CD, and he delivers just that with these previously unheard performances. A standout track, “Five Years” captures a stirring interpretation of David Bowie’s opening song on “The Rise and Fall of Ziggy Stardust and the Spiders from Mars.” Gaines will play several east-coast dates throughout the summer to support his new "Live In Europe" release.

"Live In Europe" was released in stores on on June 26th and is currently available at amazon.com.

You can hear record in its entirety at soundcloud.com.

Gaines has been heralded for his soul-searching lyrics and his powerful live performances, and this solo-acoustic CD captures him at his best with 12 standout tracks. Recently, Gaines was described by MOJO as "the man who sounds like Otis Redding, Elvis Costello and David Bowie, wrapped up in one amazing package."

His first CD since 2004 and seventh full-length release, “Live In Europe” is a fitting new addition to his catalog, sure to please his fans and make new ones. In the words of ROLLING STONE Magazine, “Jeffrey Gaines is the voice of a new generation.”

About Jeffrey Gaines:
Born and raised in Harrisburg, Pennsylvania, Gaines' musical interest was sparked at a young age, owing largely in part to his parents' collection of soul records. But, it was his discovery of Ziggy Stardust-era David Bowie that truly sealed his fate, leading to his participation in local bands. After high school, Gaines was offered the singer slot for a New York rock & roll band, but turned it down to move to Philadelphia, where he signed with Chrysalis Records. The first single off the critically acclaimed Jeffrey Gaines record was "Hero In Me." Gaines performed it live on Good Morning America and received radio and MTV airplay. But, it was his cover of Peter Gabriel's "In Your Eyes" which took #22 on Billboard's Hot 100 Chart.

Gaines will perform several dates throughout 2012 to support his new release, "Live in Europe" recorded during his 25-city tour of Europe with Joe Jackson.