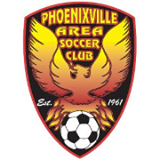 Current and former PASC players, coaches, and club members – and everyone in the local soccer and sports' community – are invited to attend and honor Mr. Gojkovich and share remembrances of the man once called "Mr. Soccer of Phoenixville."

Gojkovich, an immigrant from Yugoslavia, had a storied history with the beautiful game. His club soccer career in his native Yugoslavia was halted when he went to serve in World War II. After spending time in a POW labor camp in Germany, Gojkovich went on to stay in West Germany and play professionally for Club Bayern in Munich.

Ultimately, Gojkovich preferred playing soccer for fun rather than money. In 1952, he landed in the United States, as he did not want to return to Communist Yugoslavia. A search for work brought him to Phoenixville Steel, where he found employment and a place to raise his family. What he didn't find was his favorite sport, so he set out to bring soccer to the area.

In 1964, Phoenixville Marian Youth Club started a soccer program, which Alex joined as a coach, placing his 8-year old son, Alex, Jr., on a team. Seeking wider opportunities for local soccer players, Gojkovich led the charge to form Phoenixville Area Soccer Club, which fielded its first teams in the Inter County League in 1969.

In 1971, PASC was using the Northern Chester County Technical School's (now TCHS) fields, and in 1982, work began on the current PASC fields on the grounds of Valley Forge Christian College (now University of Valley Forge).

"In reality, this is a re-dedication of these fields to Mr. Gojkovich," says Andre Calilhanna, current board president of PASC. "In 1982, as they were breaking ground for our current complex, the fields were named for Alex – he was already legendary in the area for his contributions to youth soccer."

Indeed, Alex Gojkovich received recognition with a "Service to Youth" award by Eastern Pennsylvania Youth Soccer Association (EPYSA) and a service award from the YMCA. Alex was considered for placement in the Phoenixville Area High School Hall of Fame for his role in bringing soccer to the high school in 1979. Mr. Gojkovich died on February 6, 2014.